You are here: Home / Guides / 5 Places to Take a Classic Denver Photo

Whether you’re capturing a family photo or just a selfie, these places will provide the perfect Denver backdrop. 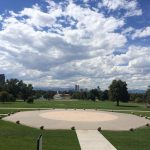 ONE. The steps on the back side of the Denver Museum of Nature and Science. Here you’ll find one of the most iconic views of downtown Denver and the mountains, plus City Park’s  charming boathouse and lake. 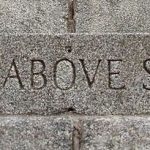 TWO. On the “Mile High” step at the Colorado State Capitol. On the western steps of the capitol (the ones facing Civic Center Park), you’ll find the words “One Mile Above Sea Level” engraved on the 15th step. 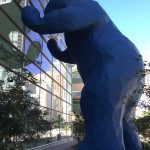 I See What You Mean

THREE. Next to the Blue Bear at the Colorado Convention Center. This piece of public art by Lawrence Argent, which is actually titled “I See What You Mean,” has become one of Denver’s most beloved and recognized symbols. 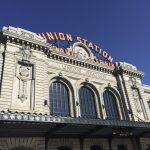 FOUR. In front of Union Station. Train stations are charming. And more than that, Union Station captures Denver’s past and its future all in one place. 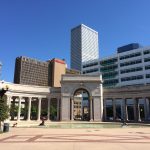 FIVE. Among the columns of the Greek amphitheater or War Memorial at Civic Center Park. Given the striking combination of neoclassical architecture and urban skyline, it’s not hard to see why this is one of the city’s most popular locations for wedding and quinceañera photoshoots. 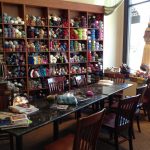 It was 2006 when I first set foot inside the Lamb Shoppe. I had agreed to meet a friend there as she picked up some yarn and knitting needles for a new baby hat she was planning to make. In an instant, I found myself captivated by the alluring textures and the incredible rainbow of colors that  Continue Reading