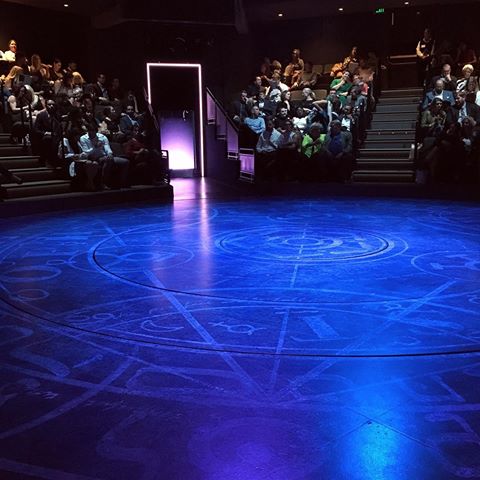 The Stage Theater, the Denver Center’s theater-in-the-round space, reopens after renovations with a bold version of a classic tale. Photo: Tara Bardeen

This is not the Macbeth you remember from English class.

Rather, it’s a contemporary dance-infused production that feels more like an evening out at a techno nightclub than a trip to the theater. Performed by an all male cast clad in black boots, minimal clothing and lots of leather, this performance takes a decidedly edgy approach to a classic tale. While the language of the play remains true to the original, the characters are brought into the present as actors incorporate modern day body language and elements of contemporary clubbing lifestyle. The artfully choreographed fight scenes feature slow movements reminiscent of martial arts films, yet are set to a techno beat. Club-inspired lighting, theatrical fog and an energetic cast that utilizes every inch of the Space Theater’s theater-in-the-round setup makes it hard to stay seated during some of the dance sequences.

Jarring, yet enthralling, familiar, yet disorienting, those expecting a classic version of Macbeth may feel uncomfortable and bewildered as the play unfolds, while at the same time, a new crowd of theater-goers might find themselves excited about Shakespeare for the first time. This show is an experience.

Ticket Price: Starting at $30. Prices vary by date and availability.

Age Recommendation: High School+; we recommend all patrons take advisories into consideration as sensitivities vary from person to person.

Advisory: This is not a conventional staging of Macbeth. This highly-visual, all-male production sets Shakespeare’s plot and language in a ritualized world including stylized violence, minimal costuming (including exposed skin), some sexual content and pulsating music. It also contains theatrical fog/haze, strobe lighting effects, sudden loud noises and e-cigarettes. 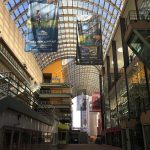